The people who like Hu Sheguang would be attracted by his endless creativity and breakthroughs; however, you will not know that his gifted talent and thinking are not that simple as just being in constant changes without approaching the inner world of this “fashion wizard.”

This was the same case with his fashion show “Silk Road and Fengshui” at the London Fashion Week. In addition to the boldness and unrestraint inside his bones, you could find in him the folk’s culture and oriental elements; however, essentially, they are still the most pragmatic designer works with distinguished Chinese characteristics.

Now a Haute Douture fashion train of “Silk Road and Fengshui” starts from the Red T Fashion and Creativity Street (“REDT”) at Jianghan District, Wuhan to the runway at Natural History Museum, London.

The show venue at this London Fashion Week may not be new to the audiences; it is at Natural History Museum, London, at which a “Silk Road and Fengshui” fashion show had ever been staged, so we can say that today’s “Silk Road and Fengshui” is just a perfect return. Whether the selection of theme or the collision of inspirations for design have all been bettered off.

There is an exhibition of the whole series of 25 sets of high-class customized dresses. According to Hu Sheguang, the name of the show originated from the encounter with Vatti brand.

“Vatti is a great cooperative partner in our undertaking, and my inspiration is inseparable from the Avant Garde design concept and spirit of the brand. “Silk Road and Fengshui” demonstrates the Chinese folk culture, and Fengshui not only has the Chinese meaning regarding geomancy, but to a certain degree absorbs the design concept of Vatti in respect of its smart integrated machine for steaming and roasting, and dish-washing machine. It is more worth mentioning that Vatti launched two heavy-weight new products at this London Fashion Show: Vatti dry health dish-washing machine and smart integrated machine for steaming and roasting. As the first news conference of Vatti abroad, it represented the Chinese products’ going global. It is interesting that such two new products originated from Europe and the United States; however, it has been redefined during the constant upgrading of consumption among Chinese consumers. Now it comes back to the fashion world with a brand-new posture.”

Certainly, as the fashion creative office of Vatti, Hu Sheguang has always been dedicated to the use of bold design concepts and has demonstrated the beauty of Chinese culture before the world. At this Vatti fashion news conference, the wave of Chinese products has been created in London, the so-called “Capital City of Fashion in the World,” and attracted high attention and discussions among global medias, whether regarding the innovative application of such Chinese elements as “wind, fire and water,” or the new-generation Chinese people’s understanding of fashion.

Hu Sheguang gives a reply to why Fengshui has been selected as one of the themes of this fashion show:

“At the grand stage of world architecture, the Chinese Fengshui theory has acquired a high reputation. As of now, it has seemingly become the worldwide advocacy, which is not restricted to the East. Over the past years, Fengshui has been widely used in the house and home domains, and is even associated with an entrepreneur’s character and undertaking, etc. Making reference to it, we would think of Yin and Yang and the Eight Diagrams, black and white, as well as positive energy and negative one, all of which are one of the important origins for inspiration for our works created for this fashion show.”

“Water flows along with mountains, and stops at the foot of them.” Profound and extensive, Fengshui has been widely applied.

In pursuit of a good dream, we will find the essence of fashion in the Chinese culture.

Break through conventional principles and seek for renewed ones. He Sheguang has demonstrated the passion for the traditional Chinese culture while maintaining his sharp individuality with a view to interpreting the charm of the Oriental elements. In his works, all kinds of techniques as to metallic articles, embroidery, pearl embroidery and cement correspond with each other, and each piece of clothing is like a moving artiwork to demonstrate the unique glamour of the Chinese folk culture.

By virtue of its distinguished design style, and the employment of such methods of models and colors, Hu Sheguang has manifested all kinds of embroidery and Oriental elements in representation of the Chinese culture by means of clothing and shows. They are very friendly to you, regardless of the fact that you are a fashion insider or a great enthusiast of the national culture. Instead of being overly extravagant, they give full consideration to users regarding both inside and outside of the products. Even though you have little understanding of the trend of fashion, you can still find some inspiration from this show. What’s the essence of fashion? It’s really important to keep engaged in innovation, but the character of Chinese culture should be sought after in a lifetime.

On the day of the show, International fashion designer Mr Hu Sheguang was awarded for the Best Costume Designer and Cultural Exchange Ambassador of 2018-2019. The award was presented by the the Committee of CBIDW along with Chunqing Li, the founder of (CBIDW); Ning Zhang, CBIDW Partner & UK AD Fashion Culture Media Director; Ms. Qiulin Gui, Dean of the Chinese Institute of Traditional Chinese Culture and Senior Consultant of CBIDW; Royal Princess Katarina (Princess Katarina of Yugoslavia); Dr. Yvonne Thompson, Commander of the Most Excellent Order of the British Empire; Baron Annet Cohen, the British royal family; and Baroness Annet Cohorn. The title is not only an affirmation but also a stimulation motivation for Mr Hu to reach higher accomplishments. Let’s look forward to his next higher achievement!

Since its founding in 1992, Vatti Corporation Limited has been dedicated to the business of kitchen appliance for two decades, taking product innovation as the core of its corporate strategy. It has grown from a well-known Chinese listed enterprise into a world-influential brand in a steadfast manner. Nowadays, its marketing service is available in 126 countries and regions; also it maintains 341 overseas cooperative partners. Its superior global supply chain and world-class R&D team have combined to assist Vatti to become a world influential brand.

Red T Fashion Creativity Street(“REDT”) is an incubator of fashion culture and industry, and more a new magnetic pole in the fashion creativity industry, while Jianghan District is the origin of the business center and fashion consumption at the old Hankou, which strives to develop the fashion industry. It has undertaken the Wuhan Fashion Week for five years in a row, thus laying a good foundation for the fashion industry in Central China, and further enhancing the image of REDT.

REDT has been built by Wuhan Changjiang Cultural Creativity Industry Development Co., Ltd., with the total investment of 320 million yuan. It has an overall floorage of 70,.000 square meters, including the area for business of 12,300 square meters. With fashion design as the core, the area covers the theme park for fashion industry, becoming the cultural industry clustering compound which integrates such facilities and functions as the mass entrepreneurship space for designers, collection stores for designers, show fields, creative office, dream workshops and surface material technologies.

After two decades’ development, the company has built an experienced technological and management team, and possesses advanced equipment and automatic production lines covering dying, weaving, after treatment and deep processing; meanwhile, the team closely follows the development of the time, constantly researches and develops new products, and enhances the management and service capabilities of the company.
The high-class wool imitating fox’s fur and shorn sheepskin of the company has reached the domestic and international advanced level. Its products have been sold well in such countries and regions as Europe and the United States, Australia, Japan and Russia. It is worth mentioning that according to the reports by an internationally-recognized testing institution, the methanol in part of the products of the company has reached the ND level, thus winning good comments from international experts.
The company has always upheld the corporate spirit of seeking truth, excellence, beauty and new, and consequently won the favor of both Chinese and foreign clients by its high-quality products.

Founded in 2007 by four Chinese graffiti artists, it is one of the earliest comprehensive teams in graffiti design in China. The team not only has rich experience in graffiti creation, but also combines street graffiti elements with modern graphic design to generate fresh and unique image information, injecting a brand new brand model for many famous brands.

As a jury of the national level, founder of Wentao Styling and Makeup Training Center and founder of Wentao Ancient-style Photograph Studio, Li Wentao has not only gained world reputation, but won such prizes and honors as “Outstanding Tutor of Asian Beauty Industry,” “Professional Committee Member of Image Design,” “Chinese Golden-medal Makeup Master” and “Famous Teacher of Chinese Fashion Painting;” moreover, he has been acclaimed as “Godfather of Chinese Ancient-style Makeup and Styling,” and granted the Prize of Chinese Cultural Inheritance.

Wang Ziqing is regarded as a rising star. At the age of just eight, she had already acted in a couple of film and television works such as The Lost Tomb, Legend of a Detective, Modern Matchmaker, and Police Beauty and K9. She also played in the variety show of CCTV’s Wisdom Tree and the promotional films for Baidu’s Nuomi and Gome Electrical Appliances. She is especially fascinated with runway so that she had participated in catwalks at some fashion weeks. She is regarded as one of the most outstanding child models in China.

Hu Sheguang used the model and was awarded the American model ACI professional model certification. The 2013 professional model Northwest Division champion is a supermodel with typical oriental beauty cultivated by Hu Sheguang. Cooperating with Hu Sheguang for many big shows, not only has a strong gas field, but also has distinctive Chinese characteristics, which coincides with the theme of this “Silk Road and Feng Shui”.

As Hu Huguang, the daughter of Hu Sheguang, she followed the father’s side to accept the art. Since she was 3 years old, Hu Feifei has always been the father’s pride, not only temperament, but also style. In the future, she must be in fashion. The circle has a big impact and has its own place.

Stephen Buitelaar’s mother is a Mongolian father and a Dutchman. As a supermodel male model with Chinese and Western descent, Stephen buitelaar is a very typical and representative example. 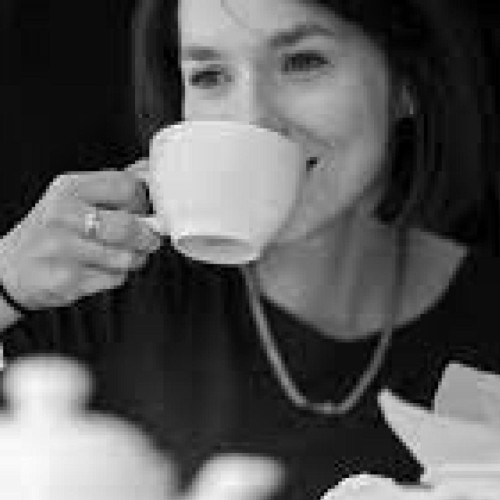