Huawei’s latest flagship, the P30 Pro is all set to destroy its competitors and take over the market.

with a quad camera setup, curved edges and a  massive battery, the P30 Pro is just almost perfect but the question that remains is “is it really worth it to buy a P30 Pro when we already have a perfect smartphone like the galaxy S10?”

Well here’s our full review of the Huawei P30 Pro to help you see the bigger picture and you can buy this phone using Paytm Mall Coupons with great offers.

At the back the Huawei P30 Pro houses its magnificent Quad camera setup, the back is all glass that also makes the phone very slippery in hand.

On the right side of the phone is the power button and the volume rockers, the sim tray on this one is located at the bottom just next to the USB type C port and the main speaker but unlike the p30, the p30 Pro doesn’t have a headphone jack.

Talking about the front, the Huawei P30 Pro has the same edged screen like the galaxy S10 with minimal top and bottom chins and a really small waterdrop notch.

The Huawei P30 Pro has a 6.47 Inches OLED panel with a screen to body ratio of about 88.6%, the display is good but for this price tag, we think there’s more room for improvement.

The Display on the Huawei P30 Pro is one of the major regions where this device is far and far behind from the Samsung Galaxy S10. The colours are good but then again in terms of brightness and accuracy, the display on most of the Huawei phones just exhibit too much drama.

The P30 Pro is running on android 9 Pie right out of the box but over the top of P30 Pro’s android is Huawei’s Custom UI which for sure packs a good amount of shortcuts and features that can come in handy but it’s just isn’t that good comparing the User interfaces other flagship phones have to offer.

The EMUI 9.0 is another one of the reasons you’d want to prefer the galaxy S10 over the P30 Pro. Samsung has put a lot of efforts into making its UI more efficient and user-friendly but the EMUI, on the other hand, is pretty much how it used to be before but then again software is something that can always be changed with a couple of updates.

One of the best things about the Huawei P30 Pro is its camera, as mentioned before the P30 Pro packs a quad camera setup at its back and another 32 MP single camera in the front for selfies.

The primary camera on the P30 Pro is a 40MP f/1.6 shooter which uses the super spectrum technology meaning that instead of using an RGB array the Primary camera on this phone uses an RYB array. The RYB array makes the camera supersensitive to light also making the Night Mode on this thing just phenomenal. The ultrawide camera on this phone is a 20 MP f/2.2 shooter, it is nice to see that most of the companies are adapting ultrawide cameras these days.

The telephoto camera on the Huawei P30 Pro is probably the most interesting camera out of all these cameras, it’s an 8MP f/3.2 shooter with Optical Image Stabilization and 5X zoom.

Huawei has named this camera the “Periscope Zoom Lens” which sounds about right looking at how the camera looks and functions. In terms of camera, various options available and you can avail those using Mobikwik Coupons with great offers.

The last but not the least is the “time of flight lens” that is mostly used for enhancing the phone’s portrait mode and depth information.

The Huawei P30 Pro packs a huge 4,200 mAh battery, which is larger than what we get from most of the other flagship smartphones. The battery management on the phone is good with some features to save battery like the dark mode feature. The Huawei P30 Pro also supports fast charging and comes with a 40W fast charger out of the box. The 40W charger can charge your phone up to 70% within 30 minutes.

The base model of the Huawei P30 Pro is expected to launch at a price of about Rs. 72,000 in India. The Huawei P30 Pro is an awesome phone with the best in class camera setup. The battery, the camera and the performance on the Huawei P30 Pro are just absolutely magnificent. However, if you want to have a better software experience and probably the best screen any phone has, we suggest you go for the galaxy S10. 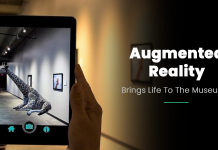 Cloud Computing – What it is and How it works?