You enter a grocery store and realize all the items are mixed. How would you feel? confused and irritating right?

Similarly, when we are not able to sort the data accurately, the system and the user have to face some issues. The way to resolve this problem is through sorting algorithms.

As you know algorithms are stepwise procedures to carry forward a task in an efficient manner. The sorting algorithms are the appropriate algorithms when you want to sort your data based on various parameters.

There are various advantages, applications, and characteristics of sorting algorithms. Once you understand these applications, you can easily apply the concepts to various arrays.

The most common functions applied on arrays include merging two sorted arrays, triplet sum in array, and others.

This article contains all the fundamentals and significant factors associated with sorting algorithms that you need to learn.

We will explain different types of sorting algorithms and elaborate on their application in various situations.

So, Before moving to the application of sorting algorithms you need to learn how they work and what they mean.

What Is a Sorting Algorithm?

Sorting algorithms are simply a method of organizing the data adequately. With this, you can easily sort messy data and use it easily for different purposes.

Say you have performed a necessary function i.e. merge two arrays, how difficult it would become to sort every element one by one? On the same hand, if you have to merge two sorted arrays, your task will be simplified.

But what is the basis of sorting these data files or data bits? According to sorting algorithms, you can sort your data based on alphabetical order or via numeric value. Numerical values may go in ascending or descending forms to sort the data accurately and efficiently.

This parameter or order in which the data is sorted by sorting algorithms is called lexicographical order. With this order type, the data with non-alphabetical representation is also sorted properly.

Why Use Sorting Algorithms?

Sorting is one of the most crucial tasks for a system to run efficiently. In the case of two merge sorting arrays, each array brings its data which can be a similar to or exact copy of the data in the other array.

This duplicity can result in errors and confusion while accessing the data for use. This is where sorting algorithms come in handy. By sorting the data, you can easily eliminate the duplicate data or simply keep them in a separate section.

Along with this, sorting algorithms help you to analyze the data more quickly. You can also use the functions of sorting algorithms to find where the two data portions differ or are similar. Either way, you can get easy access to data and check its availability.

Selection sort Helps to sort the element data in ascending order. This method of sorting simply selects a minimum number of data from the Section of data that is unsorted and please the elements in the beginning to organize them.

The selection sort is used for an array with a large number of data that needs to be sorted and an array with some of the data already sorted.

Selection sort forms two sub-arrays while working with a complex array. One subarray is filled with the data already sorted by the sorting algorithm. Whereas, the other sub-array contains the unsorted data from the main array.

One of the easiest ways to sort your data in an array is by using the bubble sort algorithm. According to this sorting method, An element is switched with the next element in the row in case it is placed in the wrong order.

One thing that you need to keep in mind while applying the bubble sort algorithm is the number of times you have to run this process.

Since the bubble sorting swaps the adjacent data with the current one, it has to be run N-1 times if the total number of elements in an array is N.

Whenever there is a huge array with several data in it, it becomes difficult for the system to sort the data individually. Therefore, the merge sort is used on large arrays.

Merge sort divides the main array into 2 parts and merges them separately. Once each part is sorted, It is combined with the other half of the array resulting in two merged sorted arrays in a lesser amount of time.

Insertion sort is the fastest way to sort complex and simple arrays. In this type of sort, the data is sorted with iterations and constant intervals by placing them in their right location.

Since the iterations help in sorting the data faster, the whole process of sorting an array is reduced. Although it is highly used for simple arrays only, it can also be used for complex arrays.

Quick sort also divides the array into smaller parts and sorts them separately. In the quick sort method, each sorted data is kept aside as a pivot and the unsorted data is sorted after it.

The unsorted data is arranged in two locations i.e. the left and right of the pivot. This process is fast and convenient for a small amount of data whereas, for large arrays, it might not be efficient.

Quick sort is highly used in the case of memory bound arrays and similar scenarios.

From now onwards, whenever you try to sort a huge array you will get two merged sorted arrays easily.

Hopefully, sorting and deciding which type of sorting to use is easy for you now given that you have understood the types and their application through this article. 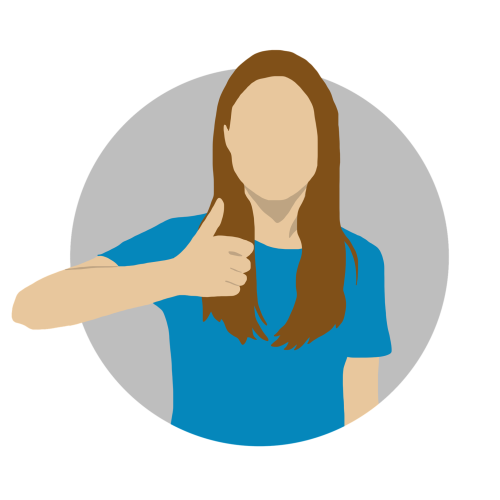 Top 5 Features of an Ideal HRMS Software: An Employer’s Guide To Choosing The Best HRMS Platform for Business

Which is best for Yoga training, South Goa or North Goa?