Sugaring, Waxing, and Lasering: Pros and Cons Of All Three Hair Removal Techniques

One of the many current beauty trends that are currently VERY relevant, is hair removal. Whether it’s on your legs, bikini line, armpit hair, or the upper lip, the completely hairless body is the thing, and personally, I’m pretty into it. Obviously, with new (or in some cases old) trends, come the various methods of how to obtain the look, and which one works best for you. In this case, somehow over the years, the good ole’ shaving method has slowly become less appealing. Between the time it takes to shave, the concept of old dirty razor blades, and the prickly hair that grows back almost instantly, we have developed more sophisticated and longer lasting ways to remove unwanted growth.

Sugaring is a form of hair removal that uses all natural ingredients such as sugar, water, and lemon juice, along with other oils and honey, to create a sort of gel or sticky goo if you will. The esthetician then applies the mixture to the hair and removes it in a similar form to waxing, meaning that the hair is removed in the direction it grows in.

Now that we have established the basic concept of what sugaring is, I won’t bore you with extreme detail. Instead, let me show you its pros and cons.

Firstly, the natural ingredients give your skin less of a chance of having a bad reaction, which in my opinion is a major pro. Sugaring also involves an easy clean up of the residue because it is water soluble, meaning a little soap and water will do the trick! Lastly, the sugaring method is less painful than others due to the fact that the gel mixture only grabs onto the hair, rather than both the skin and the hair. This means that you don’t feel the tugging on your skin along with the ripping of your hair (heck yes!).

The good news with sugaring is there are very few cons. However, just like everything else in the world, there are a few. For example, it isn’t always that easy to find a salon that does sugaring simply because the mixture is a hard one to create, and if it isn’t made correctly it can be damaging to the skin. Another con about this method is, you do need about a month of hair growth in order for it to be successful, which in some cases can be very annoying. Lastly, the cost isn’t all that low and can range from around $35-$50.

I am sure you are all very familiar with this method of removing your hair in unwanted places. It’s fairly similar to sugaring in the sense that there is a mixture applied to the area and then removed with a swift ripping motion (I know sounds gruesome). The wax mixture is typically made up of multiple chemicals that can irritate the skin, however, you can find all natural wax, but it’s not very common for a spa to use such materials.

The pros of waxing sit in the idea that ingrowns are less likely to make an appearance if done correctly, and the hair grows back much slower than if you were to shave. In contrast to Sugaring, however, waxing can be a little more painful due to the fact that the mixture sticks to the skin, meaning both are pulled and can cause irritation. Although that can be a con, it can also be looked at as a pro in the sense that you are removing dead skin cells and giving new, healthier ones a chance to grow. Once again, like sugaring, this method can be a little costly. But if you decide to give it a try, I recommend using the app Mobile Styles and using the code lookbook18cf to get $50 off your first appointment (and the professional will come to you!).

Laser hair removal is different from the other two methods in the sense that it is a permanent way to stop hair growth in the specified area. Lasering uses a light that targets hair follicles and destroys any chance of growth. While I have never tried this method, I have always been very intrigued by the idea. I mean there is a flashing light that literally makes your hair stop growing… that’s crazy, but people love it.

While there are some cons to this method, it seems to be that the pros overcome them. The treatment goes very fast, it is very precise, and your razor can be tossed in the trash can forever. The cons of this treatment sit in your bank account, as well as in your ability to be patient. Lasering can be very expensive and can even reach up to $400 a session. Yes, I said session, which brings me to my other point. You have to book multiple appointments (up to eight) if you want the procedure to work its absolute best. So if you have the time and the money I say go for it! 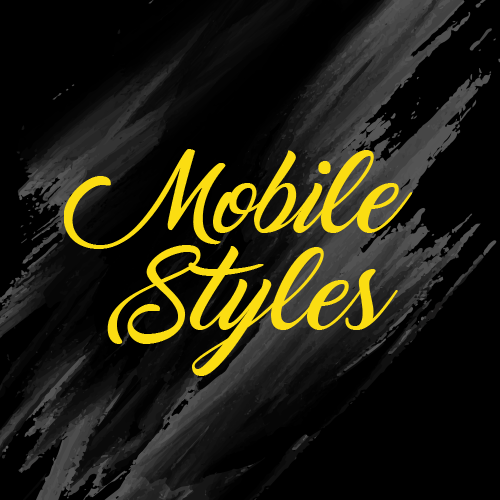 Mobile Styles
Mobile Styles, the leading on-demand Beauty & Health app in the U.S. delivers talented professionals to any location to any time! Our amazing app allows you to instantly find Clients or Pros from Los Angeles to New York in an instant! Whether you are a client looking for on-demand service in the comfort of your home, at your office or while just relaxing outdoors, our PROs attention to detail and customer satisfaction are only a tap away! Mobile Styles App has amazing PROs offer: Barber, Braids, Color, Eyelash Extensions, Hair Stylist, Kids Haircut, Makeup, Massage, Nails, Skin Care, Tanning, Threading, Twists, Waxing, Weaves and more 100+ services to choose from!
RELATED ARTICLES
Fitness

Myths or Facts of Mass Gainers, know before you use one

The Ultimate Guide To Find The Best Hairdresser In Manchester