Which Place to Choose in India for Your Holiday?

India is a land of diverse landscapes and fascinating culture. In addition, its long history attracts the attention of many people around the world. The following article explains the places to be included in the tour packages of India.

Due to the monotonous hustle and bustle of city life, all you want is to spend the holidays with your loved ones in serenity, away from chaos. India is a land of ancient forts, glittering lakes, palaces, and sumptuous beaches that inspire the feeling of love and enthusiasm in travelers. From the discovery of hidden kingdoms to wandering aimlessly on a path full of lush green forests, the country offers many destinations to incite romance. Romantic destinations allow couples to spend a moment of quality and celebrate their new relationship in seclusion. These are some of the famous attractions of India, which offers visitors traveling alone, with family or in groups to India to spend a memorable moment –

It is the most wonderful Mughal architecture, build with precious materials and stones from around the world. Not only India but even the world recognizes the monument as an epitome of love. It was erected by the Mughal Emperor Shah Jahan for his beloved wife, Mumtaz. The white marble monument sets a goal of aspiration for all the romantic couples who visit here to delight their eyes with their delicate and detailed carvings with some calligraphic messages.

By booking Rajasthan tour packages, one can experience the history of these palaces and forts. The following are some famous forts in the state –

Amer Fort is worthy with views of Maota Lake. The fort was the home of Rajput royalty until the establishment of Jaipur. The fort is accessible on foot, or by jeep or elephant. The fort is famous for its unique blend of Hindu and Mughal architecture that exhibits the grandeur of yesteryear through elaborate mirror work. The fort has several tourist attractions such as the Shila Mata temple, Jas Mandir and the incredible Sheesh Mahal. The light and sound show of the night adds to the glory of the fort.

The golden fort of Jaisalmer is also known as Sonar Quila. It rises from the desert and becomes one with the golden hue of the sand. The sunset increases its mysticism. The fort has witnessed several battles and still prides itself on being one of the wonderful forts in Jaisalmer.

The Mehrangarh Fort is one of the most recognized tourist spots in the city of Jodhpur. The fort rises perpendicular and impregnable from a hill 125 meters above the Jodhpur skyline. One can notice the traces of cannonball attacks from the armies of Jaipur.

Chittorgarh Fort, one of the UNESCO World Heritage sites in India, rises on a hill that extends over an area of 692 acres and tells the chivalrous story of the rulers of Mewar in Sisodia.

It is one of the five hill fortresses of Rajasthan that is classified in the UNESCO World Heritage site. Located in the Rajsamand district of Rajasthan, the fort is located 82 kms northwest of Udaipur. It is surrounded by thirteen hills of the mountains. The fort was built by Rana Kumbha in the 15th century between 1443 and 1458 under the direction of Mandan, a popular architect of the time.

The Junagarh Fort is composed of several palaces, temples, and mansions that house a fusion of Mughal, British and Rajasthani architecture. Some of the historical structures include Har Mandir, Phool Mahal, Suraj Pol, Karan Pol, Fateh Pol, and Chand Pol.

The palace is an appropriate specimen of Indo-Saracenic architecture. It is still home to the former royal family of Jodhpur. The Umaid Bhawan Museum is a tourist attraction and exhibits a huge collection of vases, vehicles used by Maharaja, furniture, watches, etc. This palace has become a Heritage Hotel nowadays.

The city serves as the capital of the Rajput kingdom of Mewar and is considered the medieval city of Rajasthan. Jodhpur is entitled as the blue city due to its famous blue buildings. It is an irresistibly attractive destination in India. There is a Mehrangarh Fort that rises above the city while its red sandstone walls rise above the cliff top. Staying in historical heritage and contemplating the city from intricately carved windows can be a fascinating time.

From ancient Rajasthan and the snowy mountains of the Himalayas to glimpse different wild creatures, along with the unspoiled beaches of Kerala, can only be explored in the beautiful land of India. All these places make the India tour packages a memorable experience for visitors. 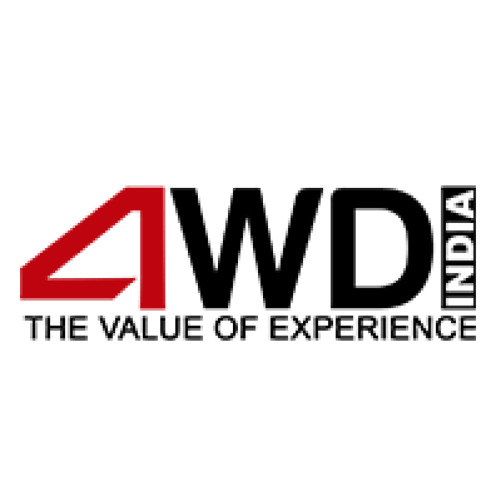 Anil Sinhahttps://www.fourwheeldriveindia.com/
I am having over 20 years of work experience in the field of Driver’s Training, Fleet Management, Safety, Health, Environment and HSE Training and have a Good International working Exposure. At the same time I can provide with an Excellent Technical Support as well as Solutions with my Experience, Ability, and Commitment towards Job and Communication Skills to the company.
RELATED ARTICLES
Hobbies