In a country like India which has a humongous population of 1.2 billion – commutation is always going to be a big challenge. Narrow roads, huge number of vehicles, and people disobeying traffic rules adds to the woes. Moreover, inflated prices of autos and taxis do no favors whatsoever. So, what’s the solution? Do we have anything which can provide economical, reliable, and convenient ride?

On-Demand Taxi Services in India has very well managed to provide an answer to most of the questions. People in Tier 1 & Tier 2 cities have embraced these services with both their hands. Talking about the history of On-Demand Taxi services – it’s less than a decade old. In 2011 Olacabs started its operations and Uber came to India after two years. Since then it’s been a fierce battle between Uber Vs. Ola.

Let’s get an idea about the rivalry that these taxi companies share. As discussed earlier Ola started its services earlier than Uber. However, Uber wasn’t much behind Ola even after starting its operation 2 years late. Both the companies are constantly finding new ways to get ahead in the race. Inclusion of services such Pool, Auto, and bike are some of the examples which one of the company started and the other company didn’t take long to adopt it.

The latest move in this series of events was when Ola acquired FoodPanda – a food delivery app to compete against UberEats. Expanding their business to food delivery has given a new dimension to this rivalry. On Numbers, Ola is way ahead of Uber. However, on the global scale Uber is the real boss which sets a very expectation for it to give a tough fight to Ola in India. But only time will tell how it turns out to be and who wins it.

Mobile applications are the soul of these services. The success of the app guarantees the success of service as well. This is the reason why taxi app development solution is in so much demand. Both Ola and Uber have a robust drivers’ app and customers’ app; however, there are subtle distinctions between the two which I will try to show.

There is a clear distinction when it comes to this functionality. Ola allows its users to select the pick-up point by their own. Whereas, Uber plays the assumption game and assumes that the user’s current location is same as the pick-up point. Ola clearly has an edge over Uber for providing authority to the user. Uber being a global leader may have missed on this aspect as the GPS service is usually accurate in other countries.

Uber beats Ola in this section. It shows the prices of different cars and their availability before the user books a cab. On contrary, Ola doesn’t show any detail regarding the price. The user has to click on the cab option only after that it will show the price, this causes loss of time.

Users often need the trip detail for either invoice or to rate the driver. Ola keeps it simple and sober by putting the receipt upfront. While, in Uber the user has to click to get the receipt. Uber misses a trick whereas the customer support is concerned.

Users have to face some real issues when it comes to seek help in Uber. Asking for refund in Uber is such a pain as there are no proper guidelines provided to register your complaint. Ola on the other hand is customer friendly and the process of getting refund is way easier.

Now let’s discuss the most significant aspect of Cab services – Fare. Both the cab services know that the fare would play a pivotal role in getting ahead in the race along with beating the traditional taxi services. Ola provides 9 service options which includes rentals and outstation services too. Whereas, Uber provides 7 service options.

It is imperative to mention that these fares are very likely to rise depending upon the demand in your area. This is called surge pricing. Surge pricing is based on an algorithm which is very similar to the DL method in cricket – famous for producing ridiculous results. Uber has faced a lot of flack for it already.

Uber is a global leader when it comes to Taxi Services and this fact is undisputed. However, it is also true that it hasn’t made the same impact on India as it has made on rest of the countries. Ola is an Indian company and knows the local dynamics way better than the Uber which gives them an unprecedented edge. Moreover, Uber’s merger with Chinese giant Didi has boosted Ola’s morale.

In the present scenario Ola is a clear winner by having numbers on their side. However, Ola shouldn’t make a mistake of underestimating Uber. Uber is known for finding innovative ways to boost their sales and no one should be surprised if they do this in India and beat Ola. Only time will tell that who will rule the sphere of Indian Taxi Services. 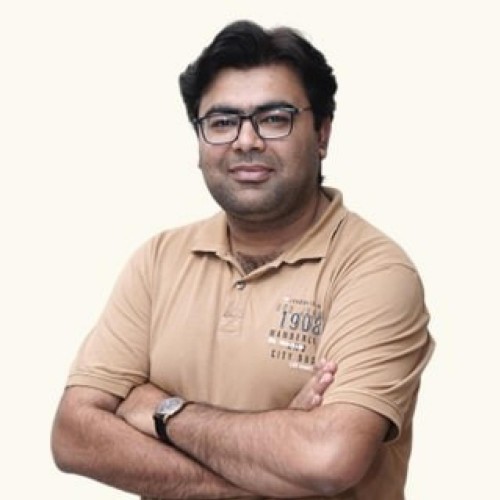 Mushahid Khatri
Mushahid Khatri is a solution consultant at Yelowsoft & Peerbits one of the leading Taxi Booking app development company in 2011. He believes in sharing his strong knowledge base with leaned concentration on entrepreneurship and business.
RELATED ARTICLES
Technology