Waiting For Your Ex Is Wasting Your Time.

This is my own love story and I am sharing so others can learn from my love story.

The Inception of our Love story: It started around 7 years ago when I was 22 years old and I was studying in a famous college of our state where nobody can get admission easily. Therefore I have huge respect in my colony. On these days I was so much active on social media and there I met a girl named. At that time she was just going to pass out her school and enter the college. We used to chat a lot and after 4 months of chat I purposed her but she blocked me at that time and then after a few weeks, she called me on my phone and said “yes”.

High In Love: After Accepting my proposal we started talking on phone, Used to send her forever love quotes and chatting on the internet a lot and after one month she agreed to meet me in a restaurant and few moths after our 1st meeting, We had the 1st sex of our life and in a few weeks it’s become usual for us it becomes normal.

Possessiveness started: When I met her for the first time, I don’t even now that I am going to fall in love with her so deep that I will become over-possessive for her. In a few weeks, I started interfering in her personal life. I used to stop her from talking to any male friend and I told her not to wear any short dresses. I also told her to cut her hairs short so nobody can get attracted to her. All the things which I was doing because I had fear of losing her but all these things are going to take her away from me and I was not able to understand this because it was my first experience with a girl and I was not mature as much as I should be.

It’s Good-Bye Time: (Part-1) Just because of my behaviour she was depressed, therefore she also told this to their friends and as obvious they used to tell her to Dump me but she was not doing it because she was also in true love with me. At that time I used to told her that doesn’t love me and I love her a lot and I make her name on my arm with a shaving blade and I forced her to do the same and she did as well. but when we are going to complete our 1 year of a relationship. I observed that she is not talking to me as much as she used to do.

(Part-2 ) – then I bully her and asked her FB id and password where I found that she is talking to a male friend of her and she also went to meet him at a party. So I shouted on her a lot asked her to show this chat to their brother so they can stop her using her facebook account and I asked her to tell her sister about ou relationship, so. in future we can get married without any problem and her sister also takes our side. but things go against me because when her elder sister knows this thing then she forced her to break up with me because she thought I am not a good boy and she did.

Breakup The Turning Point Of my Life: When she broke up with me till one moth I used to call her daily but she never talked to me in the same way and she also advised me to move on and after one month I realized that she commits a mistake not me then why I am calling her again and again. She needs to call me not I need to call her But after ou breaks up as much time passed, I realized that how much I was wrong in my relationship. Maybe she was wrong at one point but I was wrong in the whole relationship and this thing forced her to do that(break up) and this realization was a turning point for my life.

Bounce Back Time: The realization of being wrong stucked me a lot, beneath the depth of my heart and I decided to improve myself and being a successful person, so I can get her back. Then I started reading a lot of self-development books like how to talk to anyone, How to make friends and influence people. and many more. In the meantime, I always wish my Ex on her birthday but she always tries to ignore me. In that phase I completed my graduation, my father had 2 paralyzed attacks and I moved to another city which is having more better options for jobs and it’s a renowned city In our country.  In that city, I got a good job. I worked so hard and raised my standard, bought a new house and opened my own company in that city.

She Came Back but she did not: Till Now, 7 Years had been passed and this is the first time in 7 years when I am calling her when she doesn’t have her birthday because at that time I was well settled and want to marry my soulmate for whom I did all this. When I told her about my success then she was surprised and agreed to meet me. In a few days, I started talking to her on phone and meet her on candlelight dinner. but as much I meet her I realized that just because of this long gap she is not the same girl any more. Now this love for her is like a business deal and she doesn’t love me or anyone from her heart. and in a few months, I realized that I don’t love this girl. She is a different one, therefore I decided to left her again but this time it is going to be happen by me and then did not call her even she tried to contact me so many time.

Conclusion: In these 7 years I learned a lot about so many things which I wanna share with you.

1: There is no advantage of waiting for your Ex because when you will become successful and then you go back to her or she came back to you then there must be some few reasons or these few things gonna happen.

1.1: she is coming back to you because of your money. Because if she left you at one point in your life when you were weak and then she doesn’t love you in real.

1.2: Definitely in those 4-5 years nobody is going to be the same persons as he/she used to be in his/her past so is it better to move on. 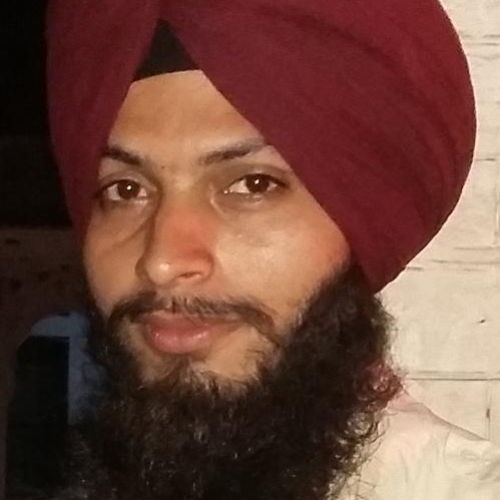 The Main Methods In Self Improvement